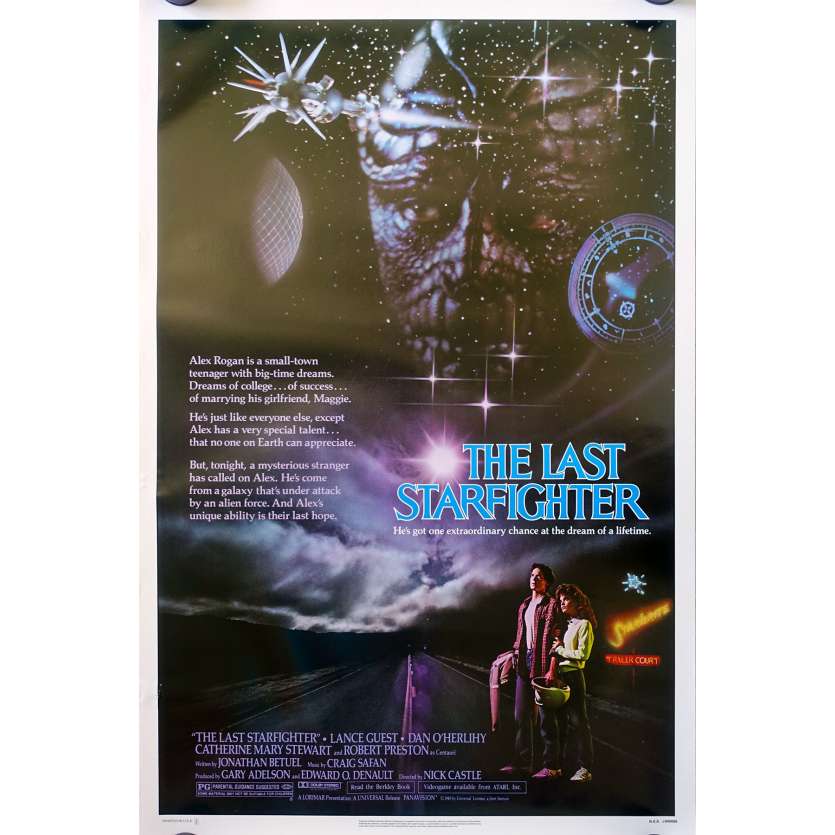 The Last Starfighter, in addition to Disney's Tron, has the distinction of being one of cinema's earliest films to use extensive Computer-generated imagery (CGI) to depict its many starships, environments and battle scenes. This CGI technique, for the time, was a great leap into the future compared to contemporary films such as the previous year's Return of the Jedi, which still used static physical models shot by moving film cameras.