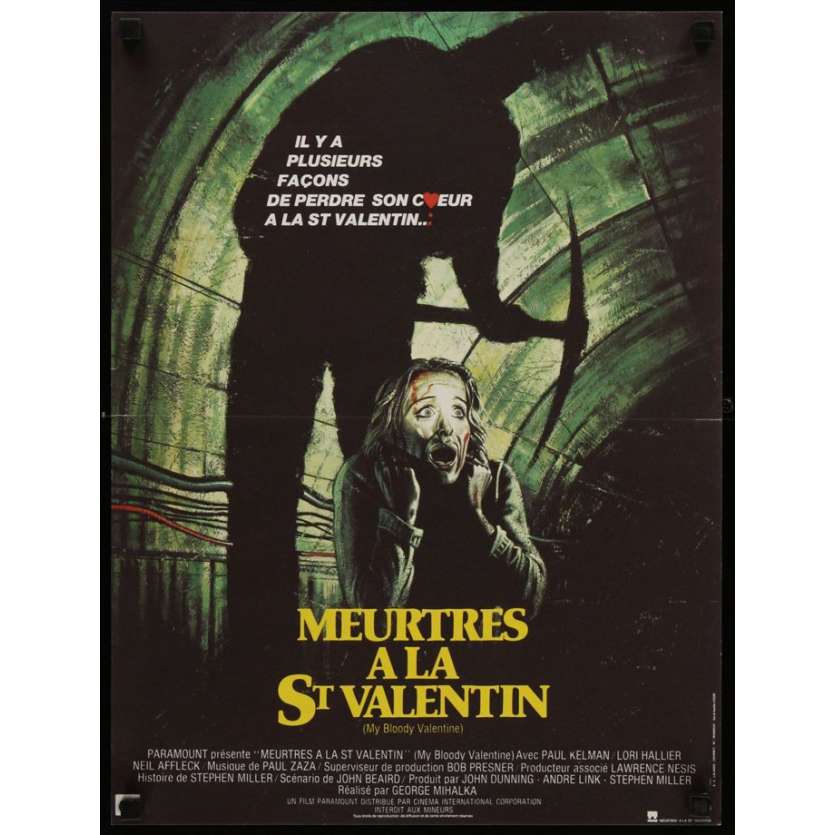 Order it before 12:00 Demain and receive it between Monday 8 June and Monday 22 June with Colissimo International

My Bloody Valentine is a 1981 Canadian slasher film released in the wake of the popularity of the slasher genre that had overtaken the 1970s. The movie is infamous for having had 9 minutes cut by the MPAA due to the amount of violence and gore.