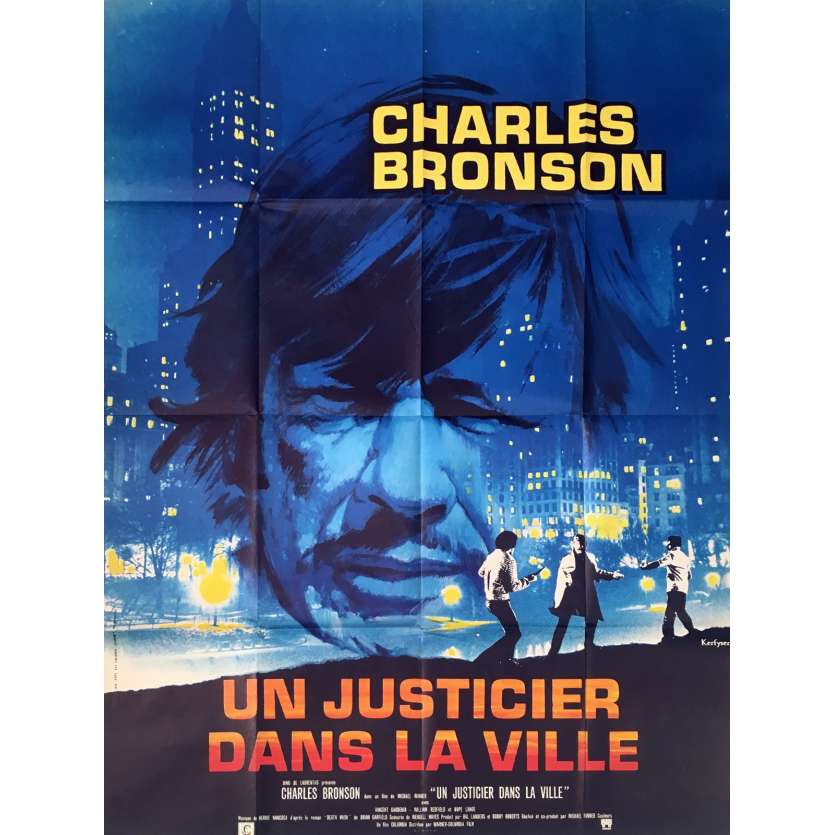 Order it before 12:00 Today and receive it between Monday 24 February and Thursday 27 February with Colissimo

Death Wish is a 1974 crime thriller film loosely based on the 1972 novel of the same name by Brian Garfield. The film was directed by Michael Winner and stars Charles Bronson as Paul Kersey, a man who becomes a vigilante after his wife is murdered and his daughter is sexually assaulted by muggers.

A commercial success, Death Wish generated a movie franchise lasting four sequels over a twenty-year period. The film was denounced by many critics as advocating vigilantism and unlimited punishment to criminals.The novel denounced vigilantism whereas the film did the opposite and embraced the notion. Yet, it was seen as echoing a growing mood in the United States as crime rose during the 1970s.