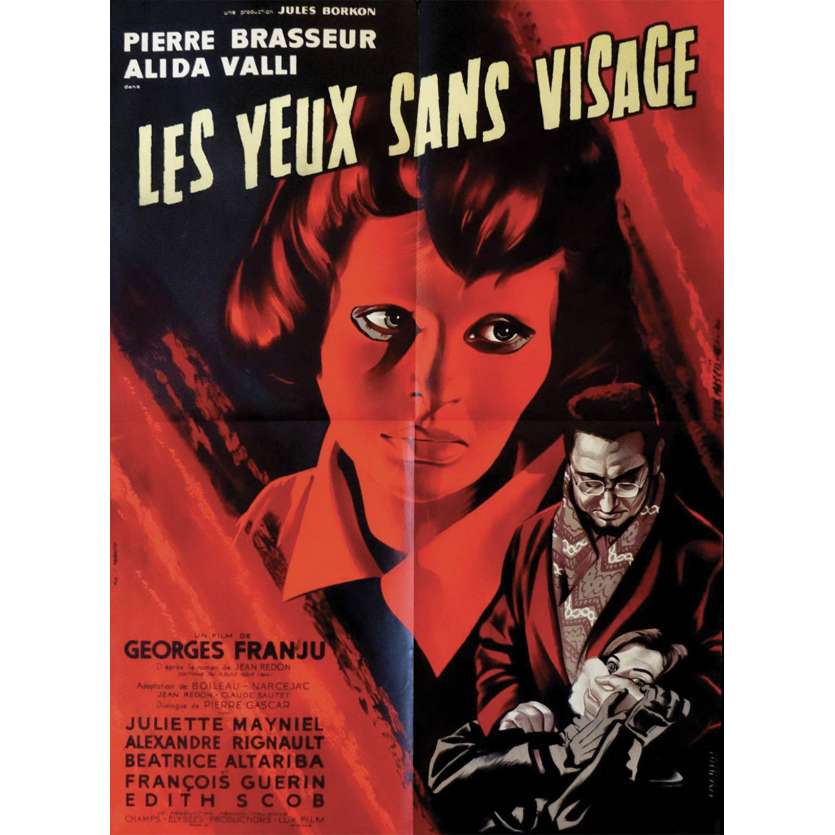 Order it before 10:00 Demain and receive it between Monday 1 February and Thursday 4 February with Colissimo International

Eyes Without a Face (French: Les yeux sans visage) is a 1960 French-language horror film adaptation of Jean Redon's novel, directed by Georges Franju, and starring Pierre Brasseurand Alida Valli. During the film's production, consideration was given to the standards of European censors by setting the right tone, minimizing gore and eliminating the mad-scientistcharacter. Although the film passed through the European censors, the film's release in Europe caused controversy nevertheless. Critical reaction ranged from praise to disgust.

The film received an American debut in an edited and dubbed form in 1962 under the title of The Horror Chamber of Dr. Faustus. In the U.S. the film was released as a double feature with the horror film, The Manster (1959). The film's initial critical reception was not overtly positive, but subsequent theatrical and home video re-release of the film increased its reputation. Modern critics praise the film today for its poetic nature as well as being a notable influence on other filmmakers.

Important Added Info: Note that this is a "country of origin" poster for this partially French movie!