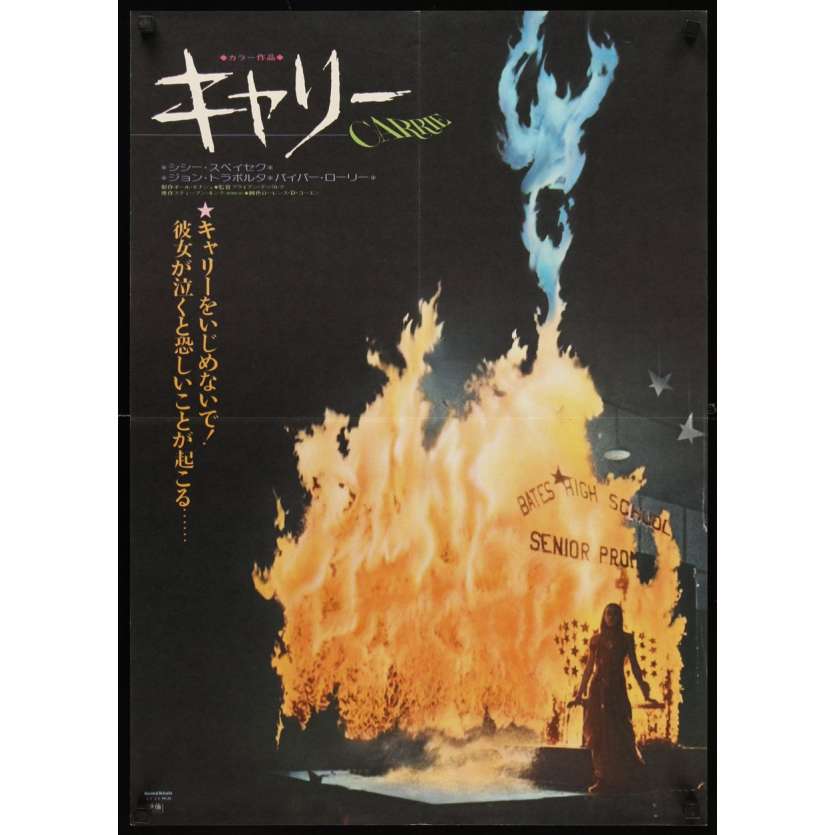 Order it before 12:00 Demain and receive it between Wednesday 14 December and Monday 19 December with Colissimo International

Carrie is a 1976 American supernatural horror film directed by Brian De Palma and written by Lawrence D. Cohen, based on the novel Carrie by Stephen King. The film and the novel tell the story of a socially outcast teenage girl, Carrie White, who discovers she possesses latent psionic power which seems to flare up when she becomes angry or otherwise distressed. Carrie's powers become apparent after her humiliation by her peers, teachers, and abusive mother, eventually resulting in tragedy. The film stars Sissy Spacek, Piper Laurie, Betty Buckley, Amy Irving, Nancy Allen, William Katt, John Travolta, P.J. Soles and Priscilla Pointer.

Carrie received immensely positive reviews and is widely regarded as one of the best films of 1976.

Important Added Info: Note that this poster was folded at one time but has been laying flat for a long time.