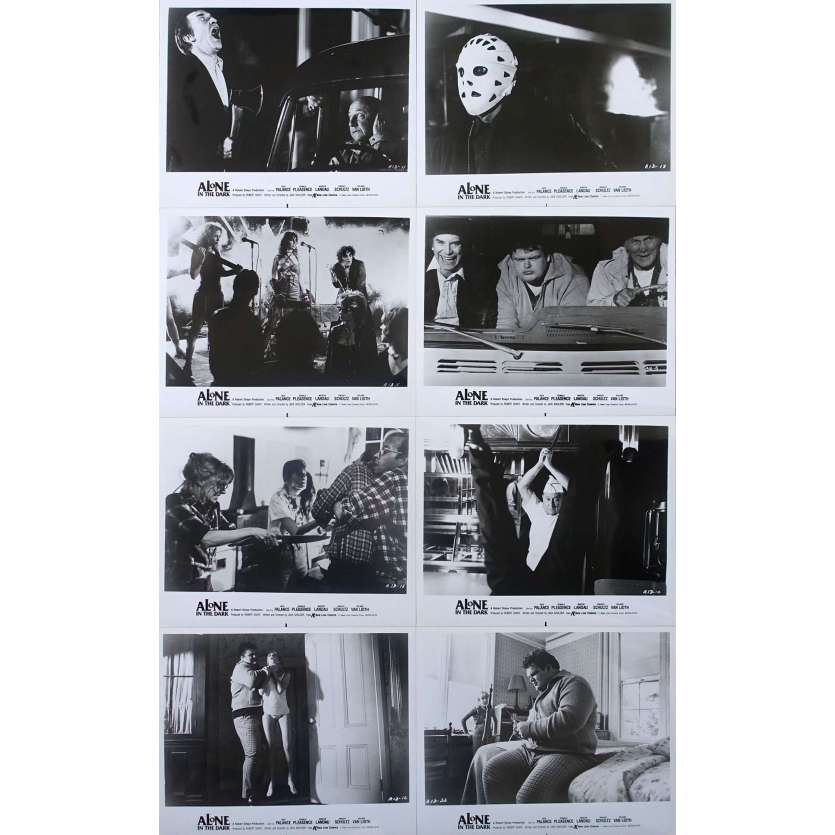 Order it before 10:00 Demain and receive it between Thursday 22 April and Tuesday 27 April with Colissimo International

Alone in the Dark is a 1982 slasher film directed by Jack Sholder. It was the director's debut film and was the first motion picture to be released by New Line Cinema. The film's tagline is: "They're out... for blood! Don't let them find you--"

The film was one of the first horror films to be made with Dolby Stereo sound. The advanced sound level would often blow out the speaker systems in older theaters while the movie was being screened.

Jack Sholder's original idea for the film was to have the story be about mental patients escaping during a blackout in NYC and the mafia being used to stop them. Due to the low budget it was re-envisioned to take place on a smaller scale outside of New York.

It was producer Robert Shaye that actually came up with the idea of the character of 'The Bleeder'. Shaye liked the idea of a crazed murderer who always hid his face and was revealed later in the film.

The scene where Ronald Elster grabs Bunky by the throat and lifts her off the floor was done without any special effect. Erland Van Lidth (Elster) was an incredible weight lifter and actually seized Carol Levy by the neck and lifted her for the shot.

Makeup effects artist Tom Savini was brought in specifically to create the horrific monster apparition that Toni has. Savini achieved the startling effect by covering an actor in a concoction of soap and Rice Krispies.

In the script Jack Palance's character was supposed to kill the driver outside the Haven. However Palance refused to do the scene saying it wasn't necessary for him to be seen killing someone for the audience to know that he was a dangerous character. The scene was never shot.

Important Added Info: SUPER IMPORTANT! THIS LOT CONTAINS 8 STILLS, BUT ONLY FOUR OF THE STILLS ARE PICTURED! THE PURCAHSER OF THIS LOT WILL RECEIVE 8 STILLS FROM THIS MOVIE, and NOT just the four pictured!