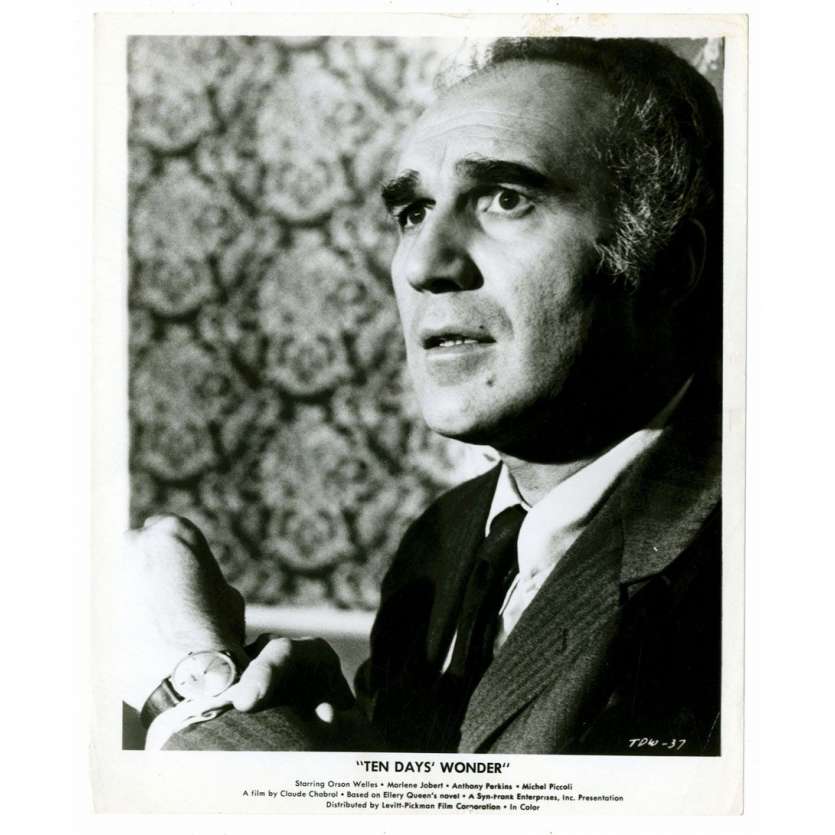 Order it before 12:00 Demain and receive it between Tuesday 11 August and Tuesday 25 August with Colissimo International

MICHEL PICCOLI Original 8" x 10" Movie Still of THE DAYS WONDER (LA DECADE PRODIGIEUSE in french) Condition: Good to Very Good (C5) There is a faint brown stain in the right of the top border that slightly extends down into Piccoli's head. Otherwise, the still is in pretty good condition!
Learn more about condition