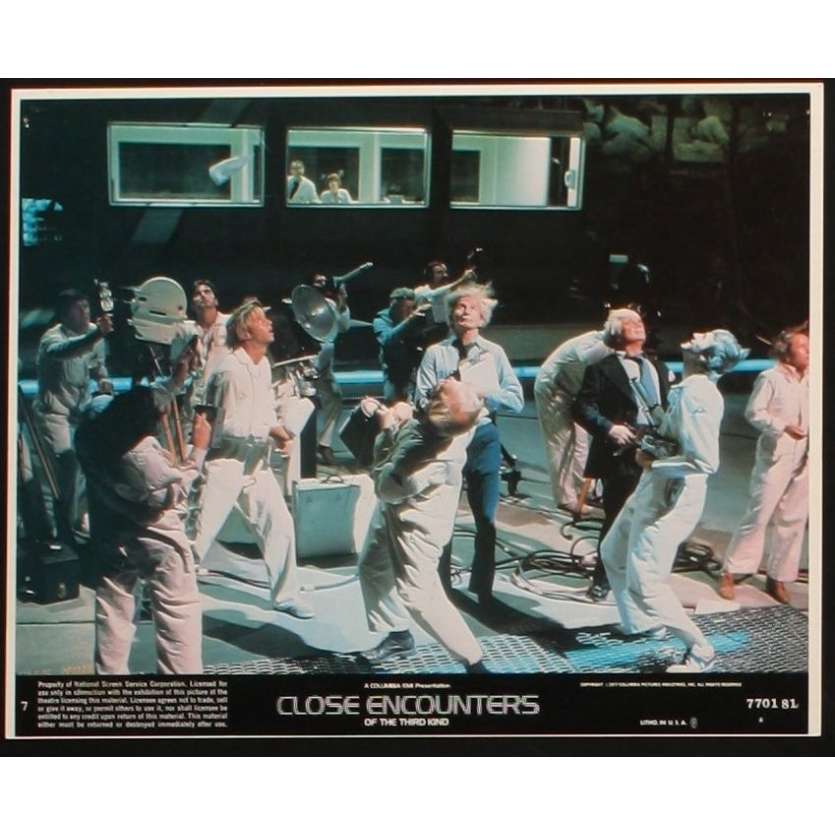 ﻿Close Encounters of the Third Kind (sometimes abbreviated to CE3K and often referred to as just Close Encounters) is a 1977 science fiction film written and directed by Steven Spielberg. The film stars Richard Dreyfuss, François Truffaut, Melinda Dillon, Teri Garr, Bob Balaban, and Cary Guffey. It tells the story of Roy Neary, a lineman in Indiana, whose life changes after he has an encounter with an unidentified flying object (UFO). The United States government and an international team of scientific researchers are also aware of the UFOs.﻿﻿

Overall Condition: very good. There are a few pin holes around the edges of the card. The card is otherwise in pretty nice condition.﻿﻿﻿﻿