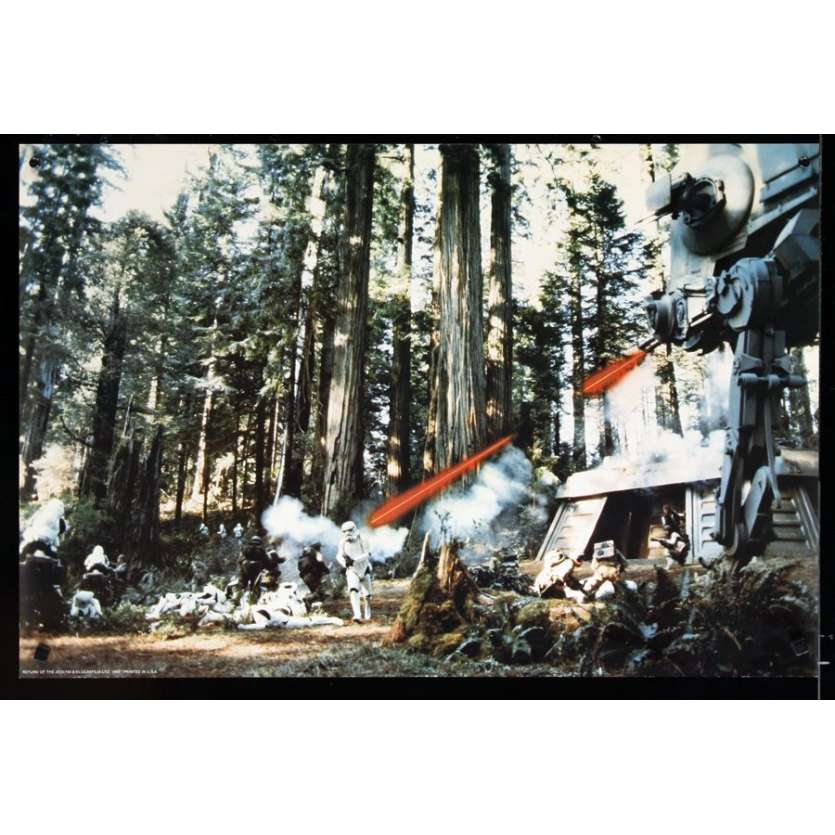 Order it before 12:00 Demain and receive it between Friday 6 November and Friday 20 November with Colissimo International

Star Wars Episode VI: Return of the Jedi (also known simply as Return of the Jedi) is a 1983 American epic space opera film directed by Richard Marquand and written by George Lucas and Lawrence Kasdan. It is the third film released in the famous Star Wars saga, and the sixth in terms of the series' internal chronology. ﻿﻿﻿﻿

Overall Condition: good to very good. There are some scuff marks scattered throughout the stills.﻿