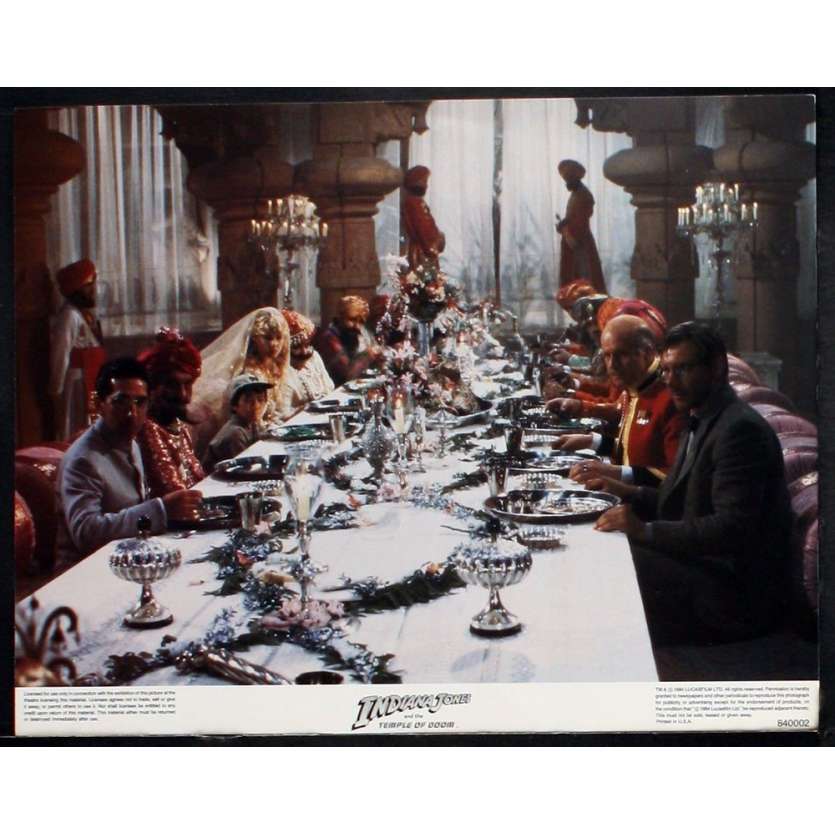 Order it before 10:00 Demain and receive it between Monday 8 March and Thursday 11 March with Colissimo International

Indiana Jones and the Temple of Doom is a 1984 American adventure film directed by Steven Spielberg. It is the second (chronologically the first) film in the Indiana Jones franchise and prequel to Raiders of the Lost Ark (1981). After arriving in India, Indiana Jones is asked by a desperate village to find a mystical stone. He agrees, stumbling upon a Kali Thuggee religious cult practicing child slavery, black magic and ritual human sacrifice. Producer and co-writer George Lucas decided to make the film a prequel as he did not want the Nazis to be the villains again. The original idea was to set the film in China, with a hidden valley inhabited by dinosaurs. Other rejected plot devices included the Monkey King and a haunted castle in Scotland. Lucas then wrote a film treatment that resembled the final storyline of the film. Lawrence Kasdan, Lucas' collaborator on Raiders of the Lost Ark, turned down the offer to write the script, and Willard Huyckand Gloria Katz were hired as his replacement.