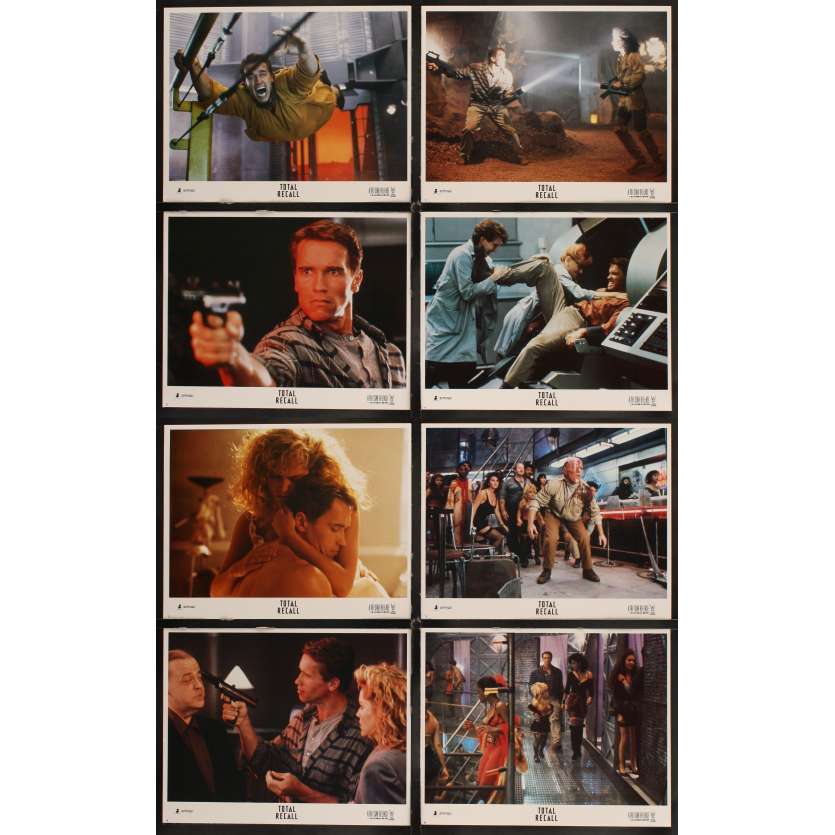 Total Recall is a 1990 American science fiction action film. The film stars Arnold Schwarzenegger, Rachel Ticotin, Sharon Stone, Michael Ironside, and Ronny Cox. It is based on the Philip K. Dick story “We Can Remember It for You Wholesale”. Directed by Paul Verhoeven, it won a Special Achievement Academy Award for its visual effects. The soundtrack composed by Jerry Goldsmith won the BMI Film Music Award. A remake was released in 2012, also called Total Recall, directed by Len Wiseman and starring Colin Farrell, Kate Beckinsale and Jessica Biel.

Overall Condition: very good to fine. Note that these lobby cards are in excellent condition and have no tape whatsoever on the front or back, and they have never had any restoration of any kind!