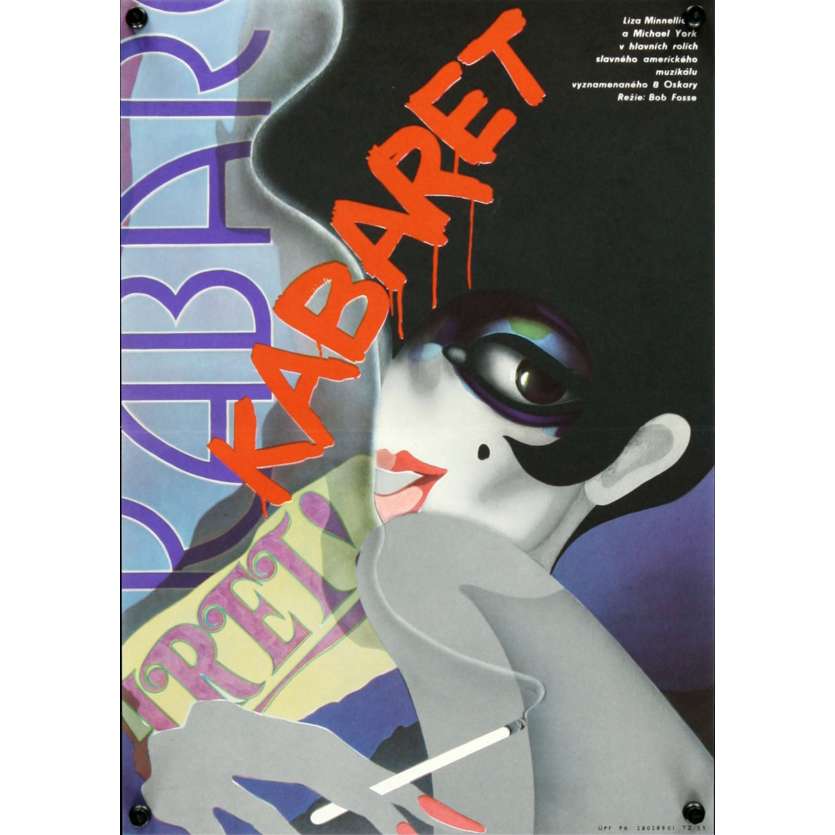 Order it before 12:00 Today and receive it between Thursday 27 February and Tuesday 3 March with Colissimo

Cabaret is a 1972 musical film directed by Bob Fosse and starring Liza Minnelli, Michael York and Joel Grey. The film is set in Berlin during the Weimar Republic in 1931, under the ominous presence of the growing National Socialist Party.

The film is loosely based on the 1966 Broadway musical Cabaret by Kander and Ebb, which was adapted from The Berlin Stories of Christopher Isherwood and the play I Am a Camera. Only a few numbers from the stage score were used; Kander and Ebb wrote new ones to replace those that were discarded. In the traditional manner of musical theater, every significant character in the stage version of Cabaret sings to express emotion and advance the plot; but in the film version, the musical numbers are entirely diegetic, and only two of the film's major characters sing any songs.

Important Added Info: Note that this poster was folded across the middle at one time but has been laying flat for a long time and will be sent rolled in a tube.