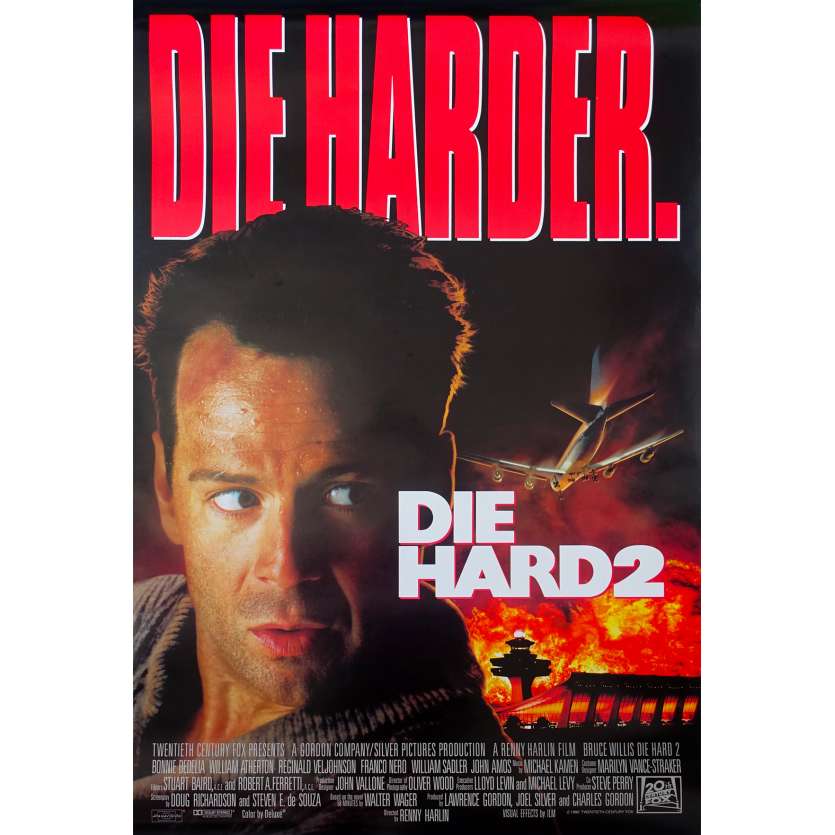 Order it before 11:00 Today and receive it between Tuesday 31 May and Friday 3 June with Colissimo International

The screenplay was written by Steven E. de Souza and Doug Richardson, adapted from the novel 58 Minutes by Walter Wager. The novel has the same premise but differs slightly: A cop must stop terrorists who take an airport hostage while his wife's plane circles overhead. He has 58 minutes to do so before the plane crashes. Roderick Thorp, who wrote the novel Nothing Lasts Forever, upon which the first Die Hard film was based, receives credit for creating "certain original characters", although his name is misspelled onscreen as "Roderick Thorpe."

As with the first film, the action in Die Hard 2 takes place on Christmas Eve. McClane is waiting for his wife to land at Washington Dulles International Airport when terrorists take over the air traffic control system. He must stop the terrorists before his wife's plane and several other incoming flights that are circling the airport run out of fuel and crash. During the night, McClane must also contend with airport police, maintenance workers, and a military commander who does not want his assistance.