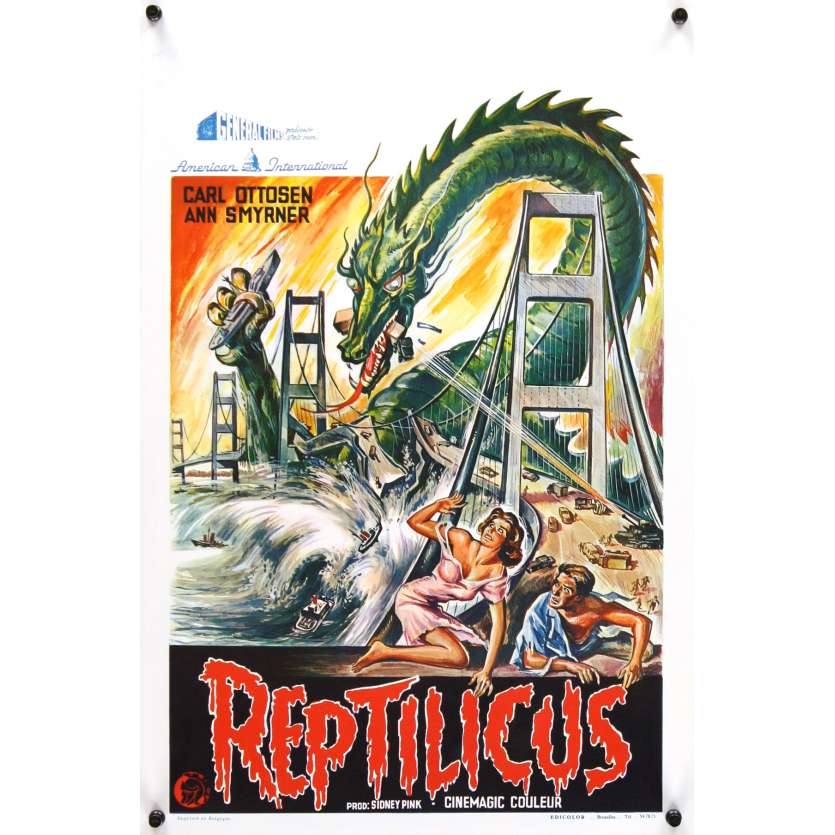 Order it before 10:00 Today and receive it between Thursday 29 April and Tuesday 4 May with Colissimo International

Reptilicus, a giant monster film about a fictional prehistoric reptile, is a Danish-American co-production, produced by American International Pictures and Saga Studios, and is upon close examination two distinctly different films helmed by two different directors.﻿

The original version, which was shot in Danish was directed by Danish director Poul Bang and released in Denmark on February 25, 1961.﻿

The American version, which was in English with a nearly identical cast, was directed by the film's American producer-director Sidney W. Pink; this version was initially deemed virtually unreleasable by American International Pictures and had to be extensively reworked by the film's Danish-American screenwriter, Ib Melchior, before being finally released in America in 1962.﻿