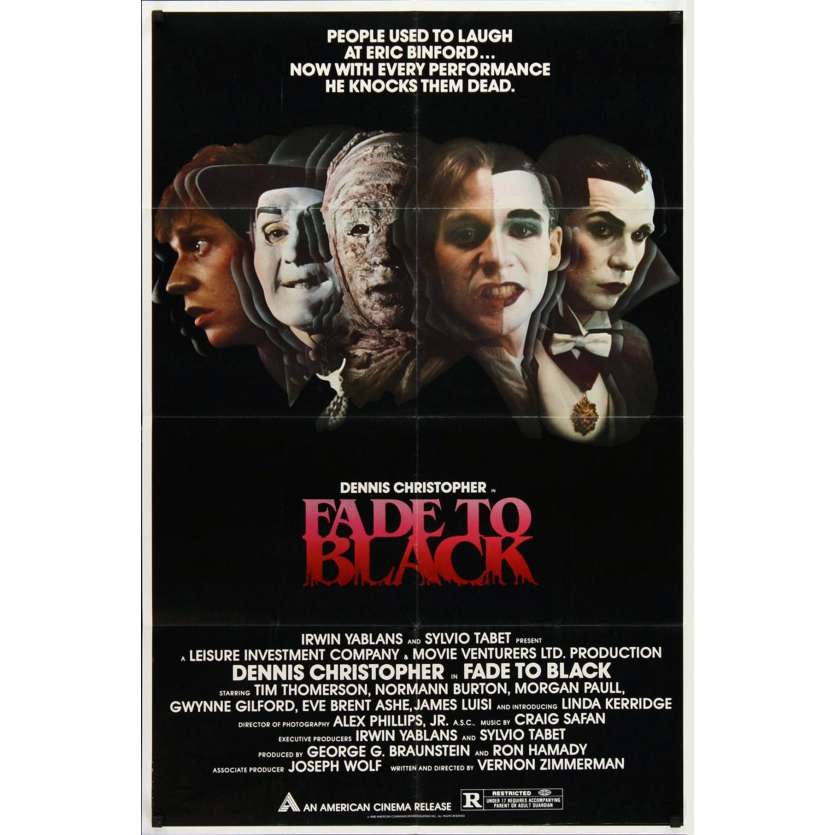 Order it before 12:00 Today and receive it between Monday 5 October and Monday 19 October with Colissimo International

Fade to Black is a 1980 slasher film starring Golden Globe-nominee Dennis Christopher, Eve Brent Ashe, and Linda Kerridge. Mickey Rourke also appears in a small role as a bully and one of the killer's victims. The film was nominated for many Saturn Awards, and Eve Brent Ashe won one for Best Supporting Actress for her short ill-fated role as the antagonist's bullying aunt and very first victim. The film now retains a cult following.