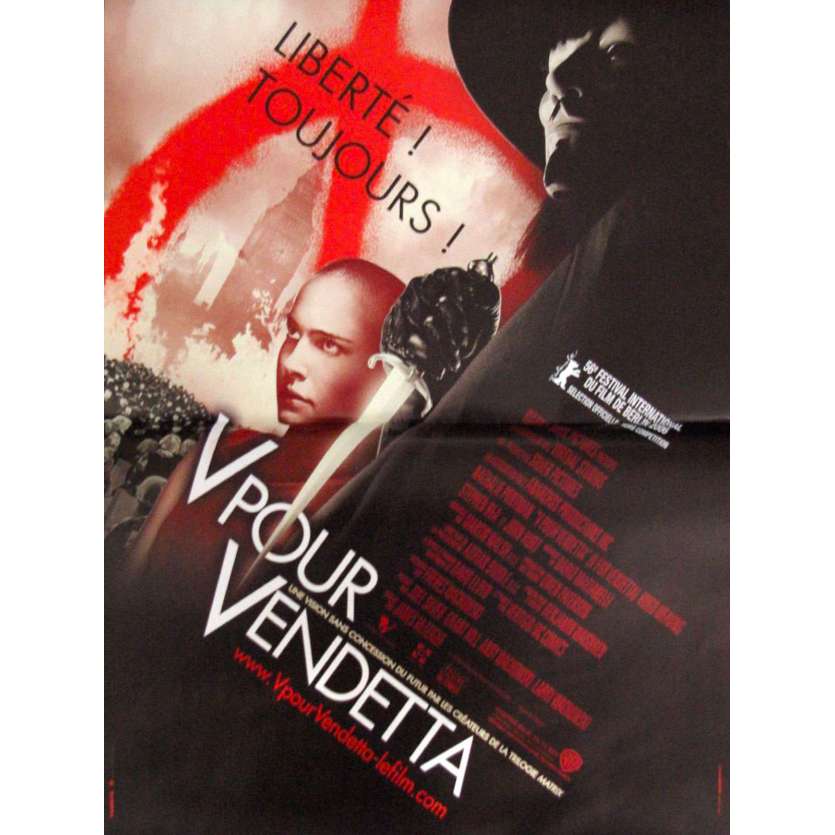 Order it before 10:00 Today and receive it between Thursday 4 March and Tuesday 9 March with Colissimo International

V for Vendetta is a 2006 thriller film directed by James McTeigue Set in London in a near-future fascist society, Natalie Portman stars as Evey, a working-class girl who must determine if her hero has become the very menace she is fighting against. Hugo Weaving plays V—a bold, charismatic freedom fighter driven to exact revenge on those who disfigured him.Stephen Rea portrays the detective leading a desperate quest to capture V before he ignites a revolution.

The film had been seen by many political groups as an allegory of oppression by government.