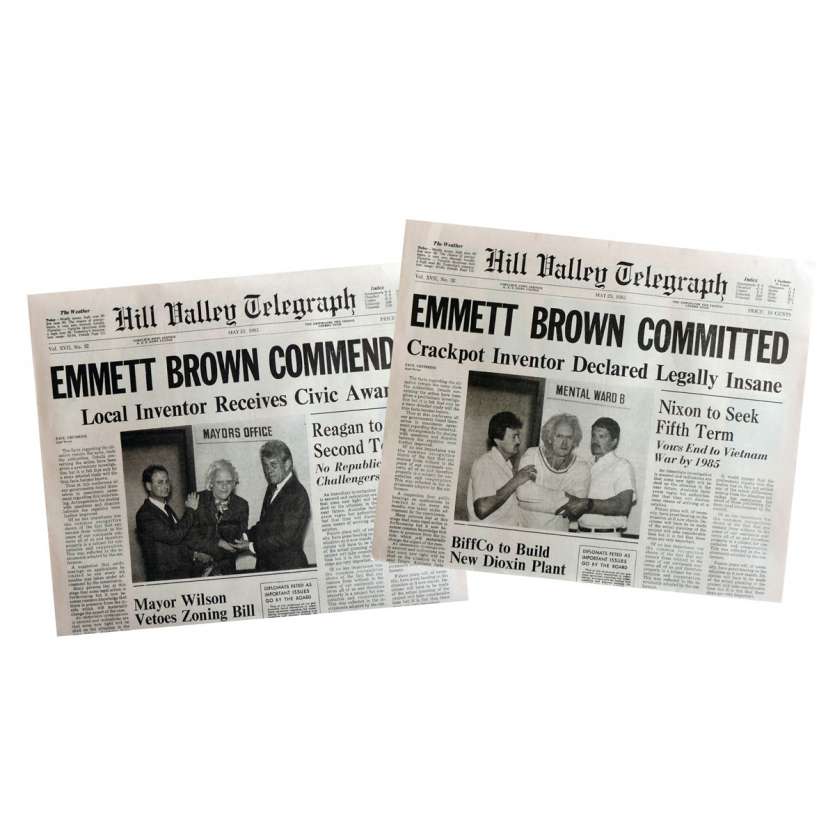 Order it before 12:00 on Wednesday and receive it between Wednesday 8 April and Wednesday 15 April with Colissimo

Back to the Future is a 1985 American science-fiction adventure film. It was directed by Robert Zemeckis, written by Zemeckis and Bob Gale, produced by Steven Spielberg, and starred Michael J. Fox, Christopher Lloyd, Lea Thompson, Crispin Glover and Thomas F. Wilson. The film tells the story of Marty McFly, a teenager who is accidentally sent back in time from 1985 to 1955. He meets his future-parents in high school and accidentally attracts his future mother's romantic interest. Marty must repair the damage to history by causing his parents-to-be to fall in love, and with the help of scientist Dr. Emmett "Doc" Brown, he must find a way to return to 1985.