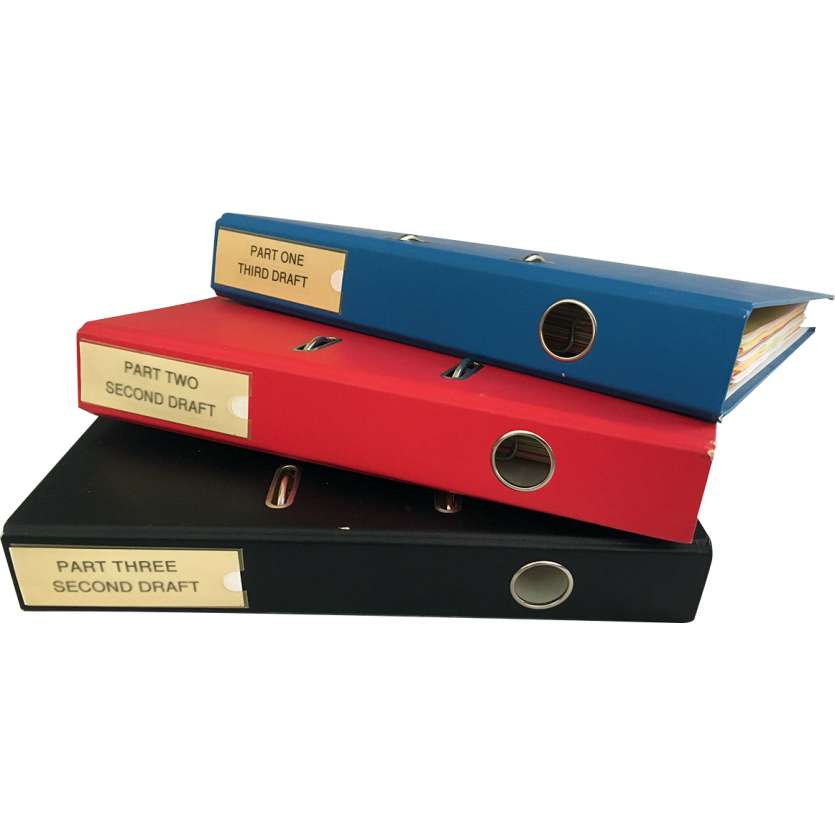 This set of three scripts are rare original early drafts (almost 400 rainbow pages in threes binders) that belongs personally to Costa Botes - the director in charge of the Lord of the Rings makin’of - and were used during production. The scripts feature the code name « Jamboree » ((i.e., an international mass meeting of Boy Scouts) !) and contain many revisions, cut scenes and dialog. Sean Bean confirmed that the producers and film company didn't want to make the project public and did it in secret as much as they could. So they put a word you wouldn't understand, instead of the real title.

The pages are stamped with "Costa Botes", this stamp was done by the studio to keep track of who this script and pages were issued to in case copies ever showed up.

This is the most comprehensive script set that we have seen, that was used during the production, an incredible opportunity to read the early stage of the film's script.

Interesting note, that there a lot of scenes and dialogues which did not make it into the final movies or even extended editions. For example the interesting fight between Aragon and Sauron at the Gate of Mordor, in part three, where Sauron appears in the form of his alter ego Annatar, the Lord of Gifts.

A very rare and never-seen piece of Movie History ! A white page copy of 2 of these script has been sold 1000€ at auction this year, This set of the 3 complete scripts has « Rainbow pages », (multi-color, each color is a revision), much rarer, and for the first time on the market at our knowledge !

Note that we took pictures of the front page, an inside page, the last page, the front cover and the side of these scripts.