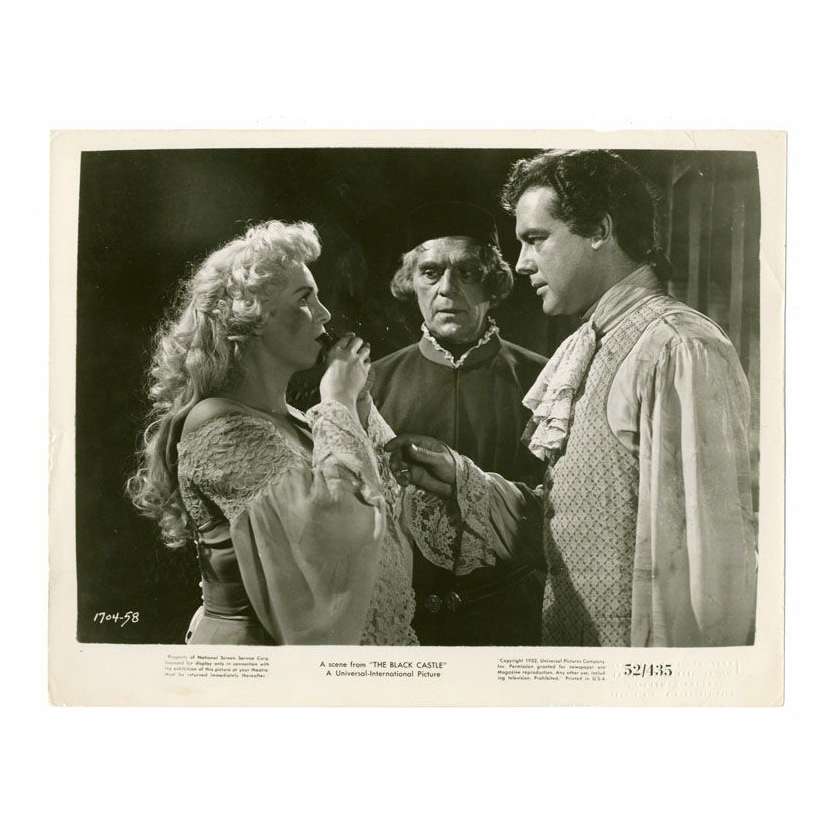 Order it before 12:00 Today and receive it between Thursday 29 October and Thursday 12 November with Colissimo International

The Black Castle is a mystery film, released by Universal Pictures in 1952. It was produced by William Alland, who would have better success two years later with Creature from the Black Lagoon. The film was made in the United States but premiered in Sweden.

Overall Condition: very good. There is an embossed stamp at bottom right.