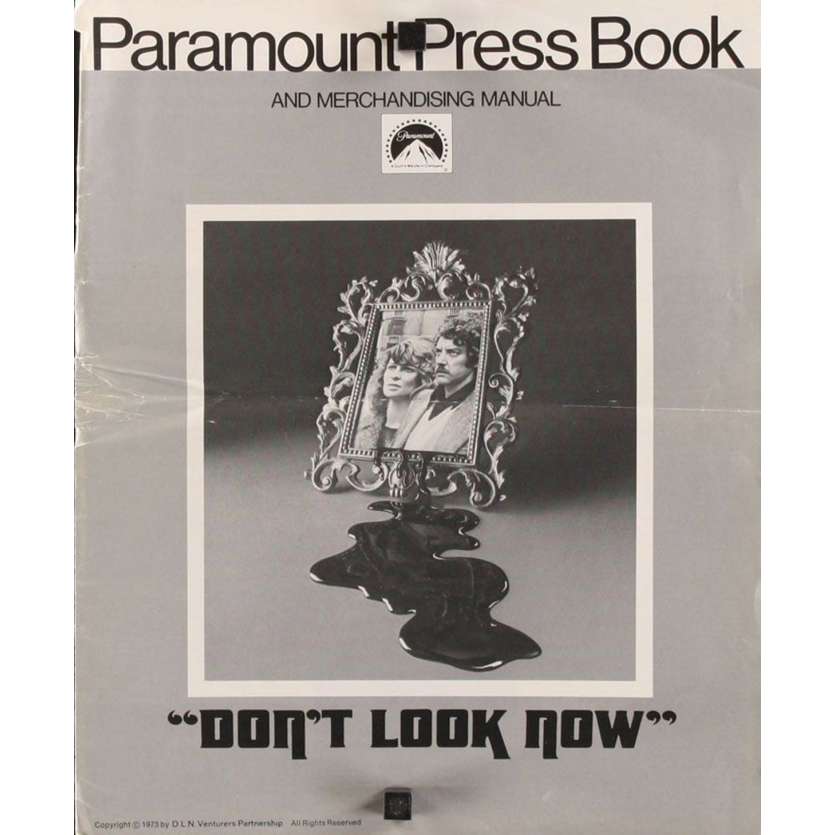 Order it before 12:00 Demain and receive it between Friday 28 February and Wednesday 4 March with Colissimo

Don't Look Now is a 1973 thriller film directed by Nicolas Roeg. Julie Christie and Donald Sutherland star as a married couple whose lives become complicated after meeting two elderly sisters in Venice, one of whom claims to be clairvoyant and informs them that their recently deceased daughter is trying to contact them and warn them of danger. It is an independent British and Italian co-production, filmed in England and Italy, and adapted from the short story by Daphne du Maurier.

While Don't Look Now observes many conventions of the thriller genre, its primary focus is on the psychology of grief, and the effect the death of a child can have on a relationship. Its emotionally convincing depiction of grief is often singled out as a trait not usually present in films featuring supernatural plot elements.

As well as the unusual handling of its subject matter, Don't Look Now is renowned for its atypical but innovative editing style, and its use of recurring motifs and themes. The film often employs flashbacks and flashforwards in keeping with the depiction of precognition, but some scenes are intercut or merged to alter the viewer's perception of what is really happening. It also adopts an impressionist approach to its imagery, often presaging events with familiar objects, patterns and colours using an associative editing technique, turning them into portents.

Originally causing controversy on its initial release due to an explicit and—for the time—very graphic sex scene between Christie and Sutherland, its reputation has grown considerably in the years since, and it is now acknowledged as a modern classic and an influential work in horror and British film.

Important Added Info: Note that pressbooks were prepared prior to a movie being