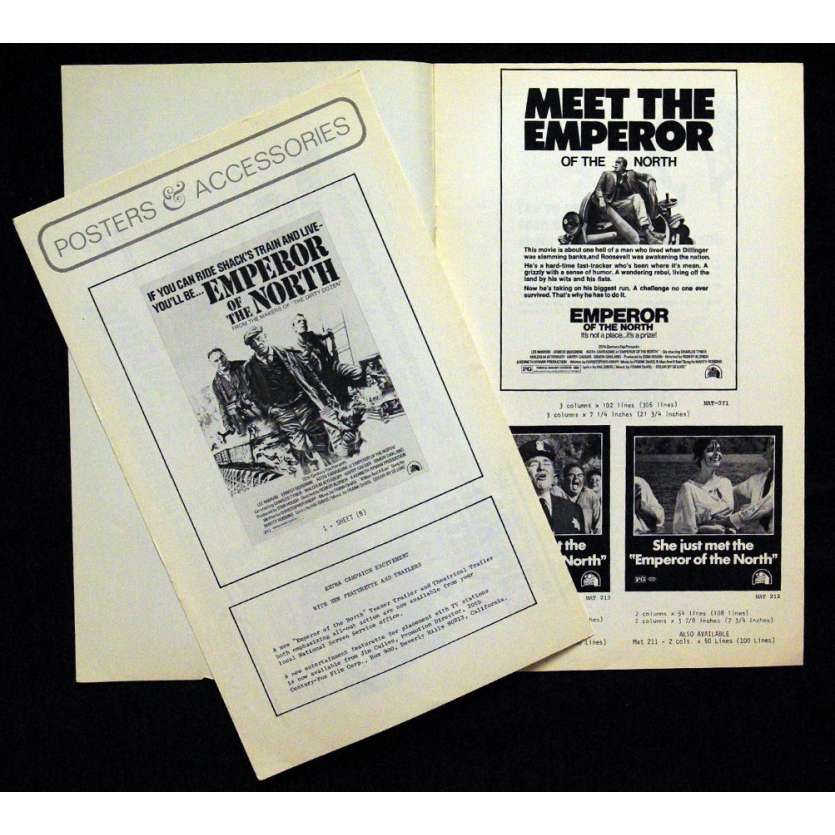 The film is about hobos during the 1930s and is set in the U.S. state of Oregon. It is based, in part, on the books The Road by Jack London and From Coast to Coast with Jack London by "A-No.-1" (the pen-name of Leon Ray Livingston), although both of those books predate the 1930s by a few decades. Carradine's character, Cigaret, uses the same moniker that Jack London used on the road, and like London, is portrayed as a young traveling companion to the older A-No.-1 (played by Marvin), but that is otherwise where the similarity between Carradine's character and Jack London ends, as Cigaret is portrayed in the film as immature, loud-mouthed, and none too bright. The title is a reference to a joke among hobos during the Great Depression that the world's best hobo was "Emperor of the North Pole", a way of poking fun at their own desperate situation since somebody ruling over the North Pole would reign over a wasteland.

Important Added Info: Note that we have provided an image of the front and back covers of the pressbook, plus an image of a two-page spread from inside of the pressbook (we do NOT picture any supplements or heralds, if there are any included with this pressbook), and of course, the buyer will receive the entire single pressbook we are selling (plus any supplements or heralds described above)! Also note that this pressbook is complete and uncut! Given that theater owners purchased pressbooks partly in order to create their newspaper advertising, and quite frequently cut them up for that purpose, it is rare to find a pressbook that IS complete and uncut!﻿