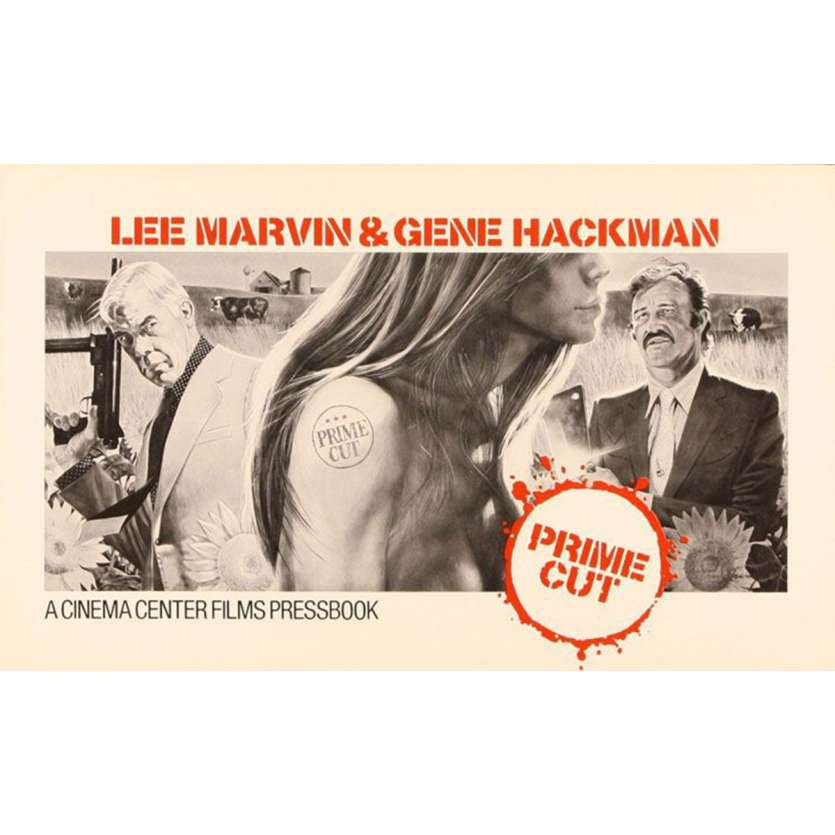 Order it before 11:00 on Monday and receive it between Monday 10 October and Thursday 13 October with Colissimo International

Prime Cut is a 1972 American film directed by Michael Ritchie. The movie stars Lee Marvin as a mob enforcer from Chicago sent to Kansas to collect a debt from a meatpacker boss played by Gene Hackman. Sissy Spacek appears in her first credited on-screen role as a young orphan sold into prostitution. In 2009 Empire Magazine named it #14 in a poll of the 20 Greatest Gangster Movies You've Never Seen* (*Probably).

Important Added Info: Please note that pressbooks were prepared prior to a movie being released. Often, changes would be made in a movie advertising campaign (billing of actors, different images, etc.), and the theaters would print up special supplements that they would send out with the pressbooks that had already been printed. These supplements are very rare, far more rare than the pressbooks themselves! Some pressbooks would have no supplements, some would have one, and some would have several. Also note that this pressbook is complete and uncut! Given that theater owners purchased pressbooks partly in order to create their newspaper advertising, and quite frequently cut them up for that purpose, it is rare to find a pressbook that IS complete and uncut!