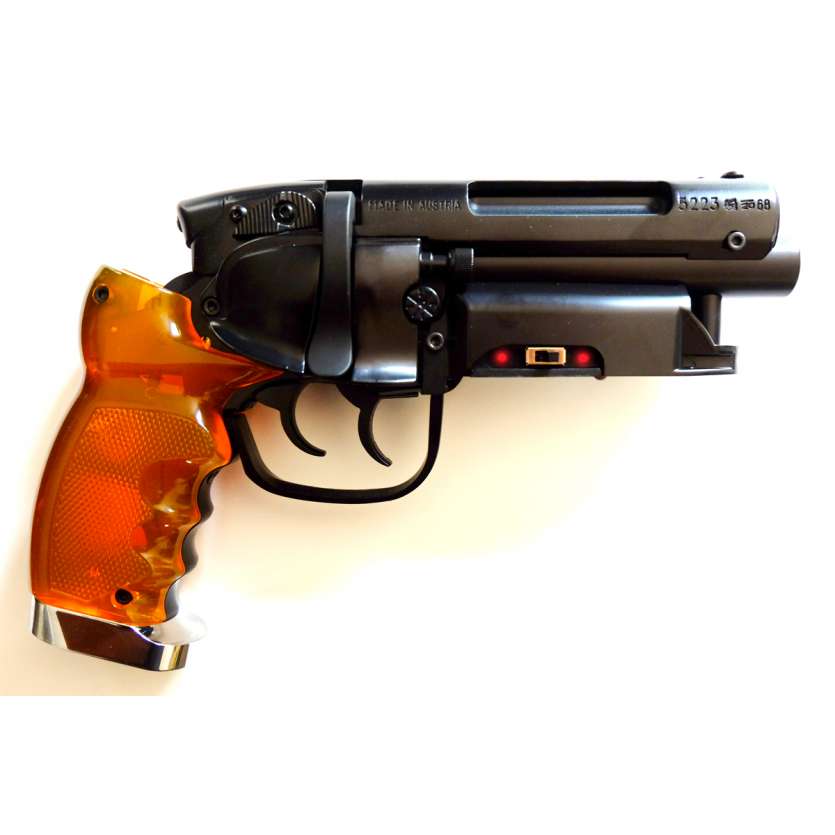 Blade Runner is a 1982 American science fiction film directed by Ridley Scott and starring Harrison Ford, Rutger Hauer, and Sean Young. The screenplay, written by Hampton Fancherand David Peoples, is loosely based on the novel Do Androids Dream of Electric Sheep? by Philip K. Dick.

Blade Runner initially polarized critics: some were displeased with the pacing, while others enjoyed its thematic complexity. The film performed poorly in North American theaters but, despite the box office failure of the film, it has since become a cult classic and is now widely regarded as one of the best movies ever made. Blade Runner has been hailed for its production design, depicting a "retrofitted" future, and it remains a leading example of the neo-noir genre. Blade Runner brought the work of author Philip K. Dick to the attention of Hollywood and several later films were based on his work. Ridley Scott regards Blade Runner as "probably" his most complete and personal film.

IMPORTANT ADDED INFO : This Heavy model now comes Heavier than Deluxe model and with true etching from the original prop. The upper receiver is black anodized for better quality and realism. THIS IS NOT THE C OR THE DELUXE MODEL, THIS IS THE "HEAVY" MODEL ! IT IS 30% HEAVIER ! (all the Metal options sold separetely for the DeLuxe Model are Here Included !)

It has a 5th LEDs on the bottom of the ammo plate. Square off ejection port, side plate cut out to view the cylinder, LEDs switch are relocated for easy ON/OFF access. The Trigger guard, Grip Frame, Butt Plate, Upper receiver, triggers, hammer, and all the internal screws/springs are metal. This blaster weight about 1,8 lbs.

This blaster is PRODUCED INTIRELY OF ABS PLASTIC AND DIECAST METAL !! ( NO RESIN PARTS!! ). The blaster has working features such as primary trigger, bolt action, swing out cylinder and working LEDs (5). The markings on the receiver are laser etched with Off-World MFG wording.

Battery is not included, this blaster take CR1220 button battery.