BACK TO THE FUTURE II Newspaper Prop - Luckiest Man 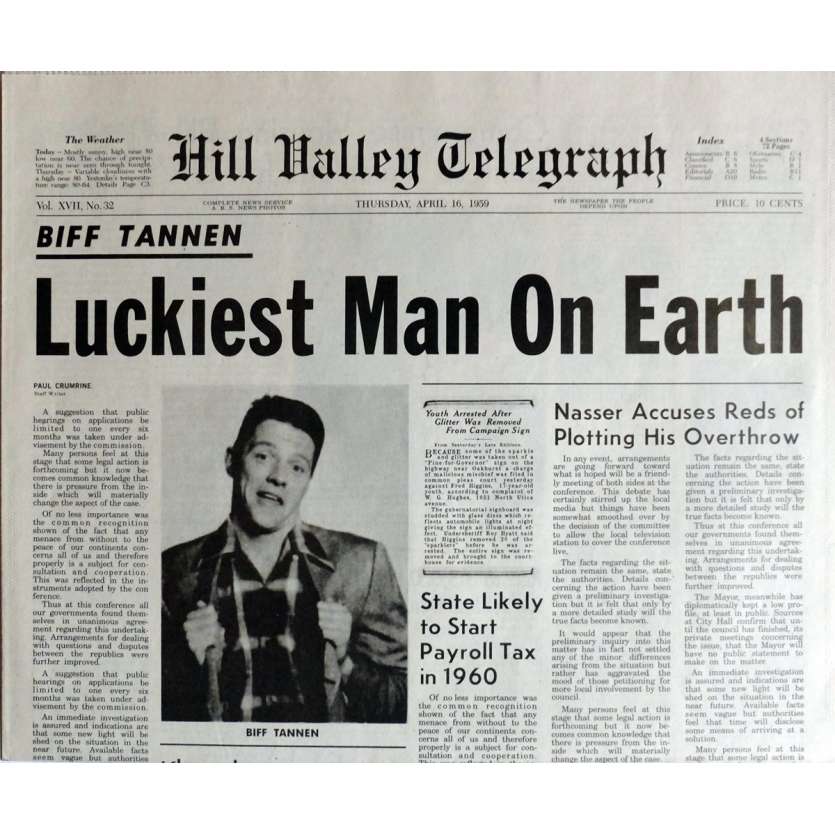