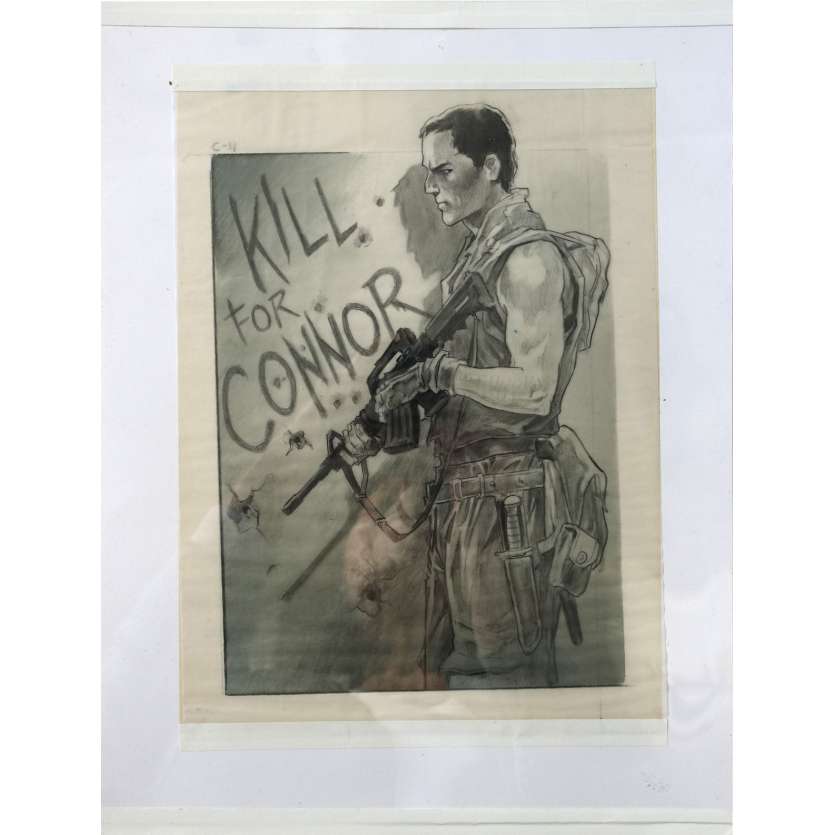 Order it before 12:00 Today and receive it between Thursday 16 February and Tuesday 21 February with Colissimo International

The Terminator series is a science fiction franchise encompassing a series of films and other media concerning battles between Skynet's artificially intelligentmachine network, and John Connor's Resistance forces and the rest of the human race.

Terminator Salvation is a 2009 American science fiction action film directed by McG and starring Christian Bale and Sam Worthington. It is the fourth installment in the Terminator film series. In a departure from the previous installments, which were set between 1984 and 2004 and used time travel as a key plot element, Salvation is set in 2018 and focuses on the war between Skynet and humanity, with the human Resistance fighting against Skynet's killing machines. Bale portrays John Connor, a Resistance fighter and the franchise's central character, while Worthington portrays cyborg Marcus Wright.Terminator Salvation also features Anton Yelchin as a young Kyle Reese, a character first introduced in The Terminator, and depicts the origin of the T-800 Model 101 Terminator.