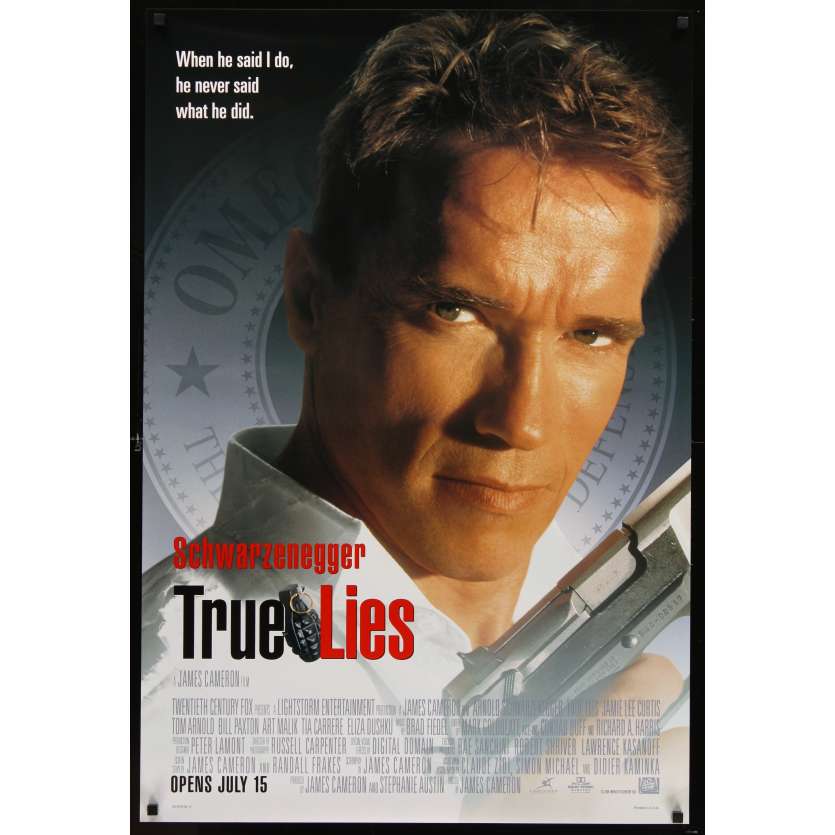 True Lies is a 1994 American action-comedy film directed by James Cameron and starring Arnold Schwarzenegger, Jamie Lee Curtis, Tom Arnold, Bill Paxton, Tia Carrere, Charlton Heston, and Art Malik. Eliza Dushku also appears in the film in one of her first major film roles.True Lies is an extended remake of the 1991 French film La Totale!, which was directed by Claude Zidi and starred Thierry Lhermitte andMiou-Miou. The film was nominated for an Academy Award for Best Visual Effects and Curtis won a Golden Globe for her comedic portrayal of Helen Tasker.

True Lies was the first Lightstorm Entertainment project to be distributed under Cameron's multi-million dollar production deal with 20th Century Fox, as well as the first major production for the visual effects company Digital Domain, which was co-founded by Cameron. True Lies was the only feature film collaboration outside of the Terminator series to feature Cameron, Schwarzenegger, and Brad Fiedel as director, actor, and composer respectively.