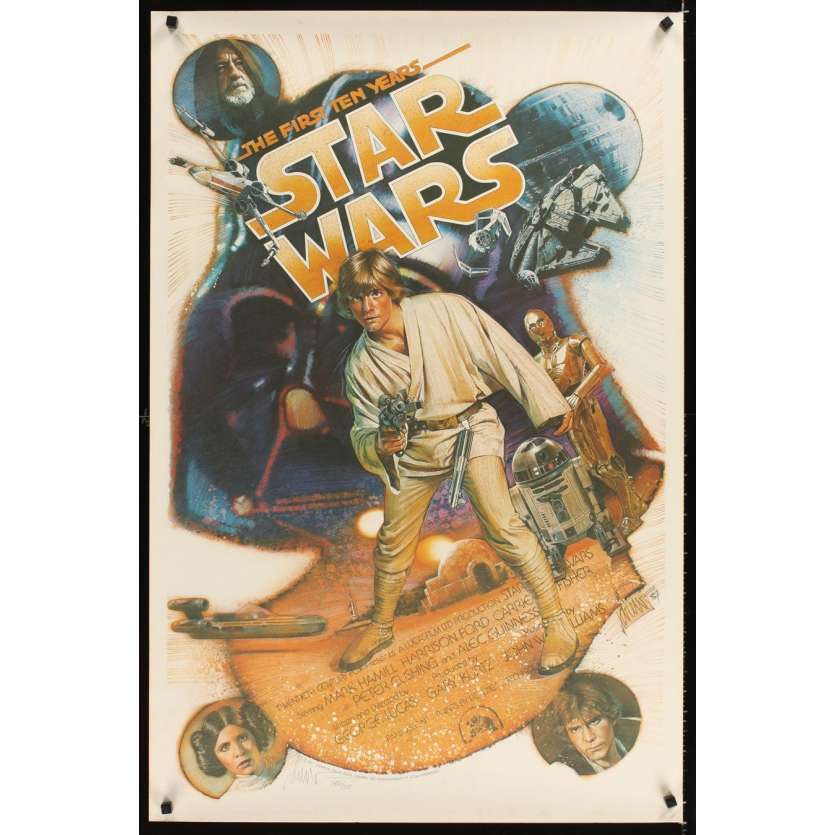 Star Wars Episode IV: A New Hope, originally released as Star Wars, is a 1977 American epic space opera film, written and directed by George Lucas. It is the first of six films released in the Star Wars saga: two subsequent films complete the original trilogy, while a prequel trilogy completes the six-film saga. It is the 4th film in terms of the series' internal chronology. It stars Mark Hamill as Luke Skywalker, Harrison Ford as Han Solo, Carrie Fisher as Princess Leia and the great Alec Guinness as Obi-Wan "Ben" Kenobi.

Overall Condition: very good. There are some smudges and minor creases in the borders around the edges of the poster. The poster is otherwise in pretty nice condition and it displays well.