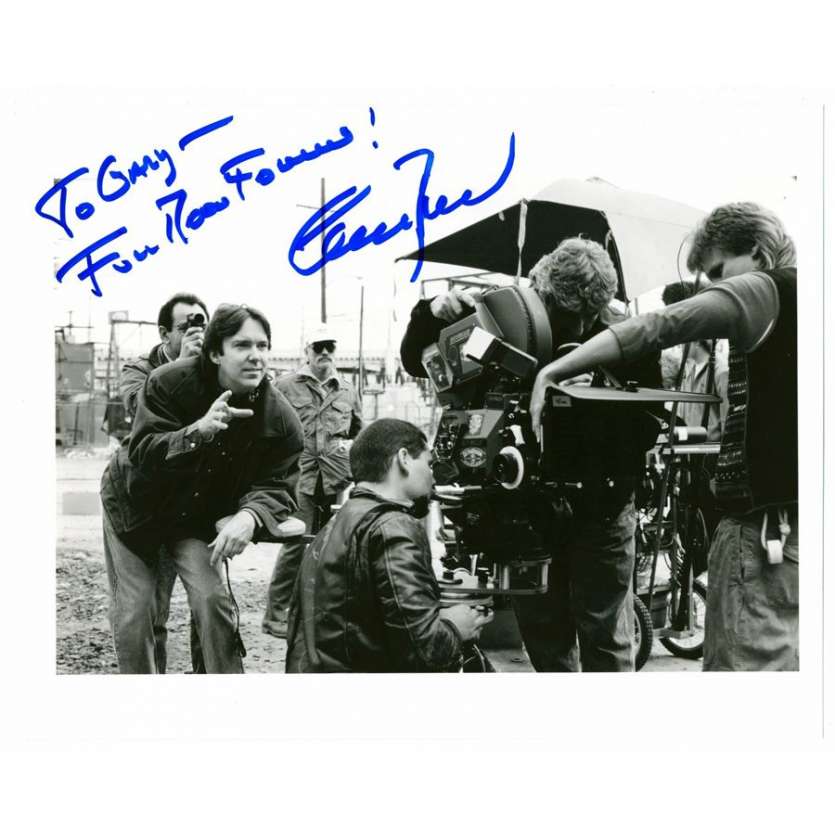 Order it before 11:00 on Monday and receive it between Monday 29 August and Thursday 1 September with Colissimo International

Charles Robert Band (b. December 27, 1951 in Los Angeles, California) is an American director, writer, and producer, mostly known for his work on horror films.﻿ He is the son of director-producer Albert Band, and brother of the composer Richard Band. With his former wife Meda, he had two children, Alex Band, the vocalist for the band The Calling, and Taryn Band (he also had two more sons with his former wife Debra Dion, Harlan and Zalman). Band' grandfather was the artist Max Band.﻿

His most famous films are those in the Puppet Master franchise and the Subspecies series, made by his company Full Moon Features. Before Full Moon Features, his earlier (and now defunct) company Empire Pictures made films like Ghoulies and the cult classic Re-Animator.﻿

Note that this signed still comes to us directly from the collection of Gary and Susan Svehla, who have been extremely active in the horror/sci-fi hobby for decades.﻿

Important Added Info: Note that this REPRODUCTION still has been personally autographed (signed) by Charles Band !